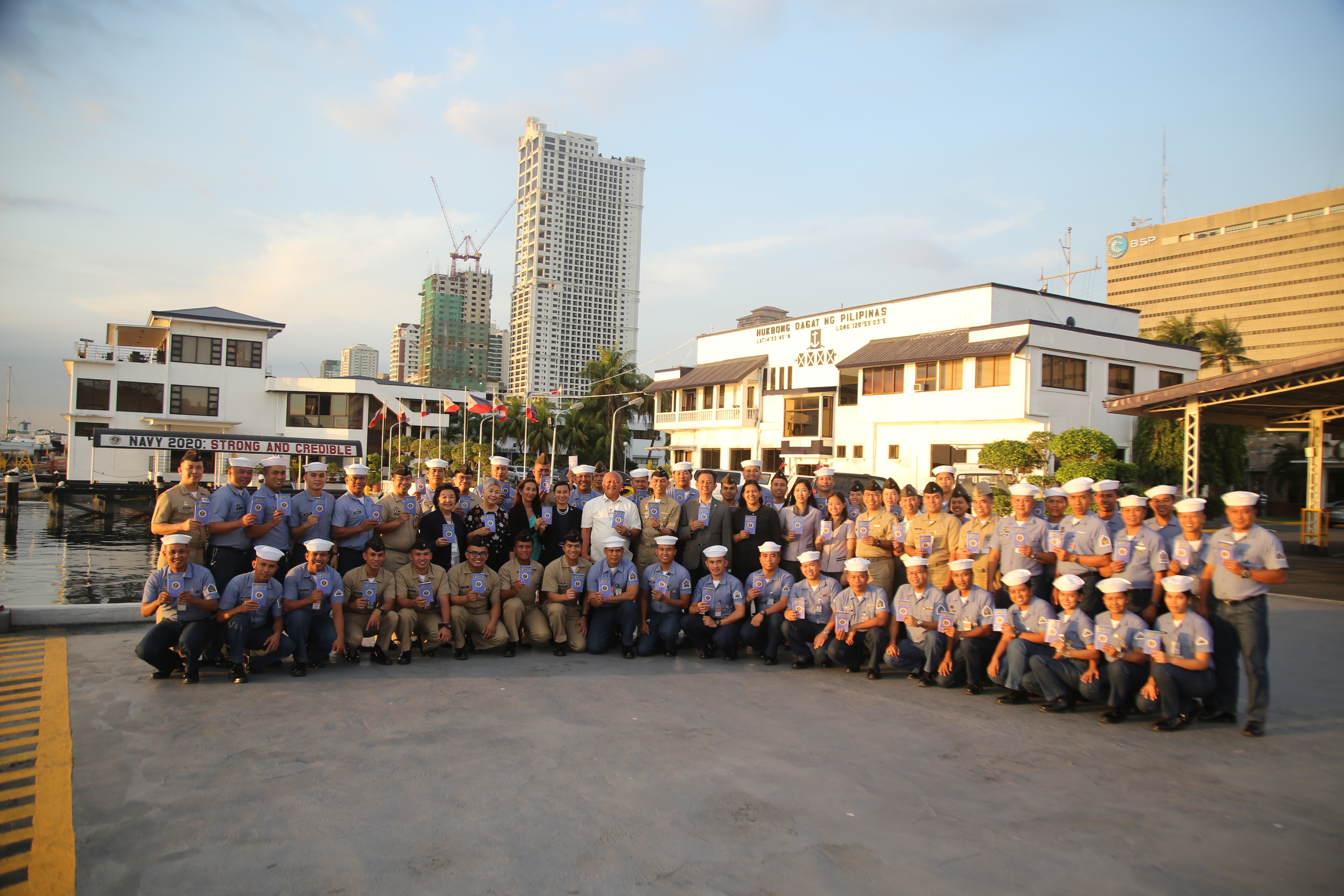 The Philippine Navy recently certified 62 Trainers and 5 Master Trainers for The Way To Happiness.  The trainers will then train all 24,000 navy personnel and 25,000 navy reservists by 2018.

“It is not wrong to hope that there will come a day wherein people could somehow think alike and be united in pursuing the same goal of continuously helping other.  If that will happen, then the problems we are facing would be at the very least easier to resolve,” said Navy FOIC RADM Robert Empedrad.

The Navy training is part of the Philippine Department of National Defense (DND) – TWTH Diyakatra (Marano term for peace) Program of Secretary Delfin Lorenzana.  The Program will create “genuine peace grounded on ethics and values” by reaching out to 180,000 civilian and uniformed personnel of the DND.