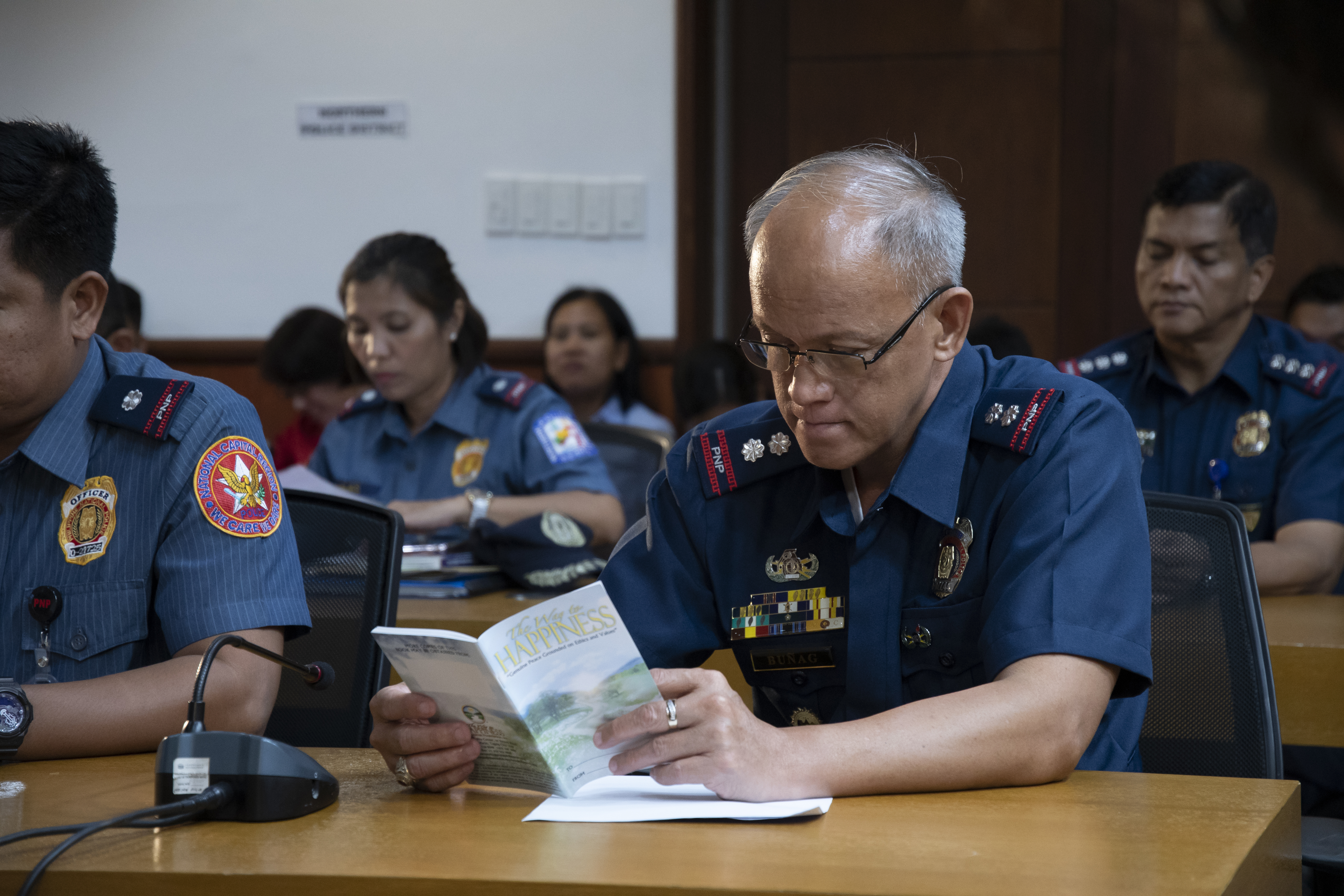 National Capital Region Police Office (NCRPO) Acting Regional Director, PCSUPT GUILLERMO LORENZO T ELEAZAR expressed his gratitude to the “The Way to Happiness (TWTH)” Foundation,  Philippines for their support to the NCRPO particularly in the on-going Internal Cleansing Program and in pursuing the war against illegal drugs.

On July 31, 2018, The TWTH Philippine Foundation led by Mr. Jerry Perez de Tagle conducted a conference “The Peace and Prosperity: Ethics for Nation Building: The Way to Happiness” in NCRPO, Camp Bagong Diwa, Bicutan Taguig City to support the Nation Building efforts of the government for the future generation. The said conference was attended by key personnel of Team-NCRPO including Chiefs of Offices and Station Commanders.

Eleazar further encouraged everyone to adopt the 21 precepts of the TWTH and experience the difference in their life. “Hindi lang buhay ng ating mga kapulisan ang pwedeng baguhin ng The Way to Happiness, kundi buhay ng sinumang tatangkilik ng mga aral na dala nito,” he said. It can be remembered that the former NCRPO Regional Director, now Chief, PNP, PDG OSCAR D ALBAYALDE and NCRPO spokesperson and C, PIO, PSUPT KIMBERLY E MOLITAS have been very vocal on their support to the TWTH.

Meanwhile, Eleazar is looking forward to more positive result of the TWTH in the lives of every policeman and individual who are adopting the 21 precepts of the TWTH.

The Way To Happiness: Pangalatok, Tausug, and Waray

Give The Gift of Happiness

The Way To Happiness: Bicolano, Cebuano, and Chavacano