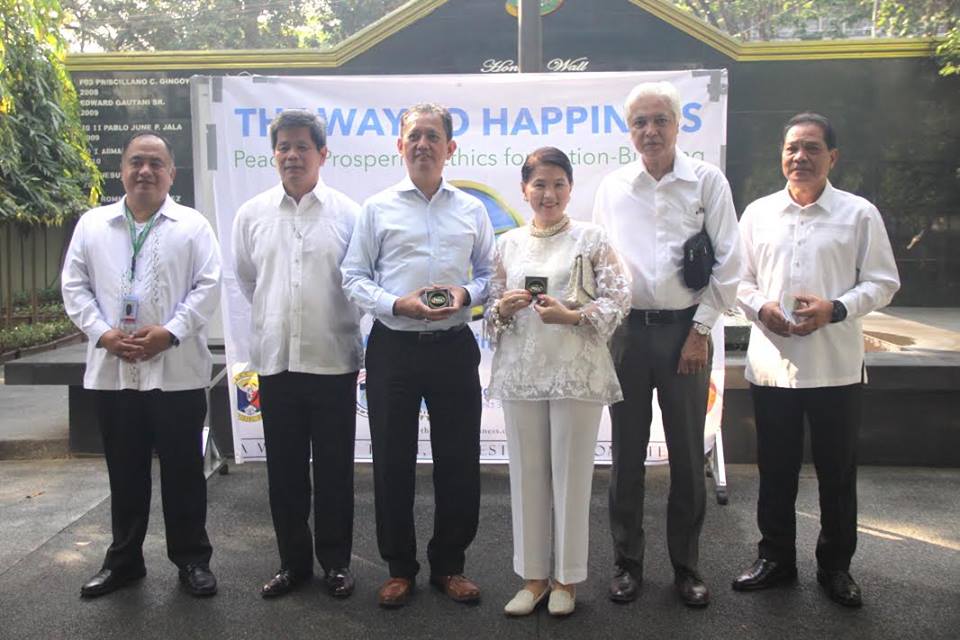 “Rather, this absence of ethics is the scourge that bring misery and poverty,” added PDEA Director General Isidro S. Lapena.

The Way To Happiness

“Winning the war against drugs can be ensured only through a two fisted approach – an iron fist of Enforcement of the law to cut the supply and Ethics education to cut the demand,” said TWTH Philippines Chairman Jerry Perez de Tagle. The Foundation in partnership with the Drug-Free World and the Rotary Club Malate Prime-District 3810 has been training policemen and civilians on The Way To Happiness.

The booklet is a global best practice that presents a non-political and non-religious common sense guide to better living. It has 21 precepts that create the foundations of personal and community happiness; among the precepts are Do Not Take Harmful Drugs-Be Temperate, Do Not Murder, Don’t Do Anything Illegal, Respect the Religious Beliefs of Others, and Flourish and Prosper.

Quoting the book, “The test of a society is whether or not you, your family and friends can live in it safely.” This moves away from a superficial view of happiness, where true happiness can only be anchored and sustained with personal ethics and social values.

“We need to win the war against illegal drugs because we are looking at the bigger goal of improving the wellbeing of the people or their happiness, as a measure of a nation’s progress,” said Lapena.

According to The World Happiness Report, measurements of wellbeing can be used to effectively assess the progress of nations. In Asia, the Philippines ranked 82nd in the 2016 Report, while some of our Asian neighbors ranked: Japan at 53rd, and Indonesia at 79th; and China at 83rd.

“With the Inter-agency Committee on Anti-illegal Drugs (ICAD) and the renewed support from private organizations and civil society, the UN International Day of Happiness is a timely reminder that with comprehensive Enforcement and Ethics education we will win the war on drugs; creating peace and prosperity that’s anchored on ethical principles.” said Lapena.

Trauma Management and The Way to Happiness

The Way to Happiness in Marawi